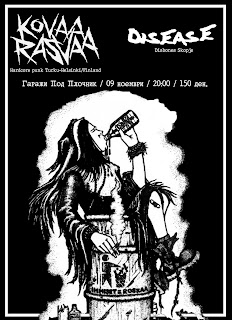 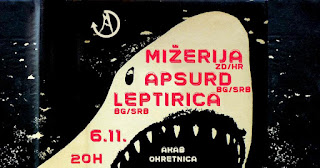 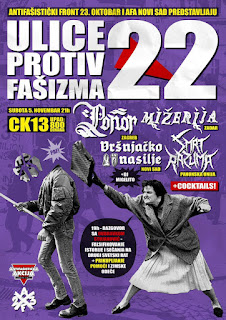 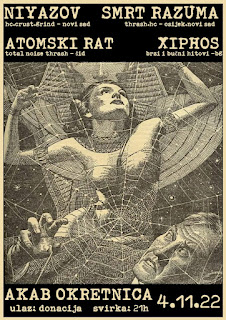 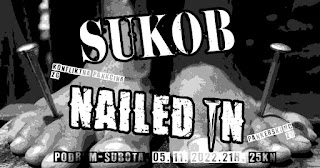 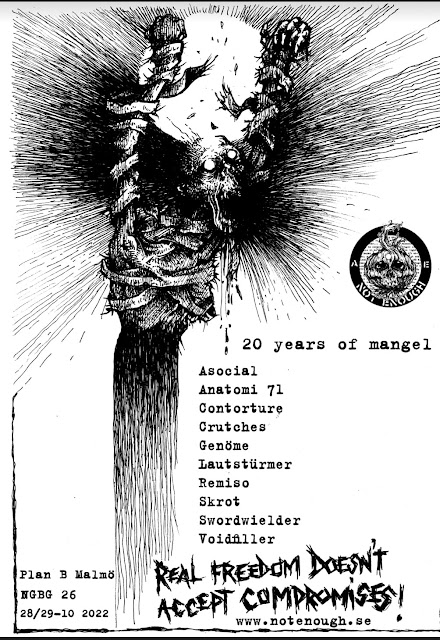 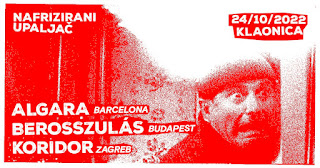 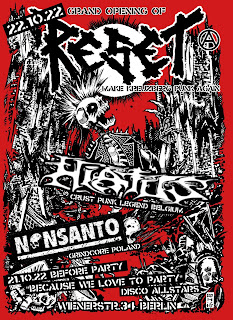 ...this time from Zagreb, capital of this doomed state called Croatia.. when is about my music taste, if I think this through, there wasn’t any proper hc punk band there for a while, maybe even from 90s/very early 00s all the way to few years ago, and then from like 2018 until now there’s some which pops out every a little.. truth to be spoke, few only appear with demo or some EP and then disappear, some explode all over with few excellent releases, tons of gigs, even euro tours but due often line up changes somehow simply fade away, and some are still here, strong holding flags of hc punk forces up high.. we talk here about real raw hc punk, simple and direct, in your face, politically engaged, just the way as I like it but it’s so rare to play nowadays everywhere and not only in Zagreb.. just to be clear, there were few more great releases from that same period like for example Indikator B - demo tape, debut album by Sukob - Tvoje Misli Su Nečija Umjetnost, 3 EPs by Slepa Brena, Disbaja last album Prošlost Sadašnjosti (also mentioned before here) etc. etc, but they all musically deviate little from this above mentioned raw hc punk and those five represented here somehow grab my attention more.. so let’s go!.. this time in alphabetical order..
ACCIDENT - Obstacles [2022] (tape) 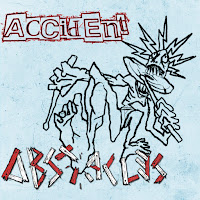 Accident are already long going punk band and familiar faces on Zagreb’s hc punk scene active since 2014, and it’s somehow a little miracle that they are still “alive”, even with some shorter pauses, and with specific way of functioning as a band.. for example they release album, play gigs all over few months then they disappears on a year or 3 but always come back and surprise us with some treat like recently, with even 3 albums in last 3 years and one of those is latest album Obstacles published on the beginning of this year (2022), released on tape and is absolute killer.. they were always good punk band, sticking to old school roots but now they speed a little and become somehow even more raw, despite quality and recognizable sound and production of studio Depth and now they are perfect.. proper hc punk, how it should be played, dual m/f vocals, from the first song, galloping attack “Protunapad” you’ll get the picture of what it’s here about and then some 13 minutes of tight drive until the end.. 7 new songs plus an old hit from the first album, new, better and faster version of the song “Victim” which is unbelievably catchy and to me personally becomes one of the most recognizable punk anthems lately.. 3 songs are on Croatian and other are on English but to be honest those on Croatian sounds way better.. all in all, the most positive surprise lately on domestic diy hc punk scene and probably the best album of this year.. can’t wait to see them somewhere live and maybe in the nearest future some album on vinyl, I think it’s time..
BANDCAMP
AUTOMATIK - Born Angry [2020] (online demo) 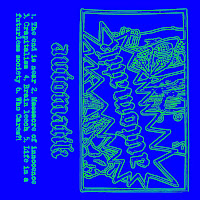 one of those who appears out of nowhere, without presence on the internet beside bandcamp page and about which I don’t know absolutely nothing.. funny but great, for a punk band, name (if it refers to what I think), I assume they share some members with few other bands from Zagreb, like Luger, CC and maybe some others as well.. 6 songs of hard core punk which leans toward raw d-beat punk, with I believe female vocalist, the only thing that’s missing is just some more speed.. according to style of cover I think this demo might have been released on tape and all together makes decent debut and one more positive surprise.. don’t know if they are still active or this was just pre-Luger band and as you can see a lot of guesses and assumptions here, maybe someone enlighten us in the comments.. I sure would love to hear more by them..
BANDCAMP
CC - Prisoner Of State [2019] (tape) 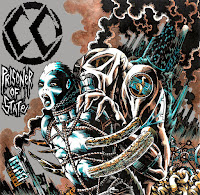 wow, CC or Class Collapse – what a energy bomb of a band!.. they appeared with a bang (big one!) by the end of 2017 with countless gigs all over the Croatia and surroundings, in early 2018 recorded debut EP released as promo CD, tour Europe two times, played few festivals, in 2019 they visited studio Depth for the 2nd time and record this awesome full length “Prisoners of the State” released on bandcamp and later as a tape by Underground Disco Beočin from Serbia.. and after many line up changes and last year’s performance on Diy hc-punk intermezzo festival, sadly I didn’t hear anything from them..
but let’s get back to this awesome album.. for a long, long time (if ever!?) no one on the domestic scene recorded such energetic, catchy, direct and angry hardcore punk album (maybe since the Nonsense’s ones, “Propast” and “Prazan Pogled”, and that was already 10-12 years ago)
eight songs of thrashy hc punk, fast, unbelievably aggressive and very direct, angry shouted vocals by Lea from Accident and numerous ex Zg bands but here focused only on vocals so maybe that’s why they are so damn brutal good.. all together maybe lean a little into some crossover, mostly because of awesome thrash metal guitar but still strictly into hardcore punk and it’s obvious they draw inspiration from old school of the genre and despite everything they are perfect sample of how proper hc punk band should sound, I don’t have a single complaint and can’t find the weak spot even if I want to.. wait, I have one, I don't like the cover, which is great art and beautiful but somehow, in my modest opinion don't fit the band and considering that visuals never have been CC's stronger side (cover for promo CD was totally opposite to this one, with just big green CC letters on black background) this is just a minor and irrelevant complaint..
still, 3 years later I get goose bumps every single time I listen to this.. let’s just hope that this isn’t last offerings of CC and we will hear something new again soon..
BANDCAMP
LÜGER - demo [2020] (tape) 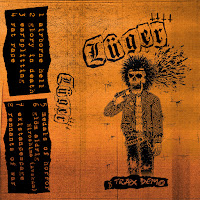 if we speak about my music taste, Luger is the best current band at domestic scene here in Croatia.. raw punk influenced by both Scandinavian and Japanese schools of hardcore.. I never understand why this style of punk isn’t represented more among bands here in Croatia in the past, let’s just hope Luger are just beginning.. simple, but great and for sure not one of many who fade away in ocean of similar bands and projects on the global scene.. if they continue with the work I think they are capable of becoming known wider and become something that Macedonian Disease manage to become in the last decade, for example..
this demo is great start and awesome debut, 8 trax of filthy raw punk, including Avskum cover, most of the songs are minute and half in length which is just perfect, they aren’t too short which is often the case with similar bands but still don’t become boring in a single moment.. music is “by the book”, shredding distorted guitar with some nervous solos here and there, thunder like bass on the parts where it can be heard, d-beat drumming in peace and steady but fast tempo, vocals from depths of hell spitting out anguish and despair, all together brings perfect blend of scholastic played, but still fresh and never boring d-beat raw punk.. demo was recorded in 2020 and released on tapes with great looking cover and artwork the same year or in early 2021, not really sure..
and for the end some exciting news, they are preparing split LP with Stalinstadt (also great raw punk act, international crew situated in Berlin) on mighty Burning Anger label and one track from it is available at their bandcamp.. can’t wait for that monster to come out from the pressing plant!..
BANDCAMP
U.B.T. - s/t [2019] (online / split tape) 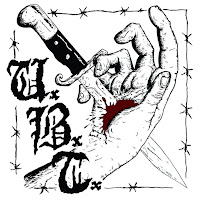 about first official demo released on tape from this noise punk trio I wrote something more few weeks ago here and everything stated then is worth for this release also..
this time 9 songs, some of them appeared on first demo, but now in something different, clearer production, recorded in studio Depth, but don't worry, it's still all about good old raw noise punk, ultra fast and wild, with furious distorted noisy guitar, super fast drumming which hits you like burst fire, and yelled reverb vocals..
some of those songs, like for example "Treči Dnevnik" and "Novo Vrijeme", already becomes instant hits on their numerous gigs across the country.. also lyrics deals with the same themes as it was the case in previous release, it means about media propaganda, rotten system, false values in society, politics, etc. just now they are on even three languages - Croatian, English and German.. at first this was published only in digital form on bandcamp and later in 2021 as a split tape with Kylmä Patja on Lutra Lutra records.. unfortunately I still didn't grab my copy and don't know if they are available any more.. but we still have bandcamp and youtube to get possessed by this chaotic noise punk inferno treat, so go there and grab it...and grab it hard because it might throw you off..
BANDCAMP
Objavio/la ..crucified freedom.. u 21:34 3 comments: 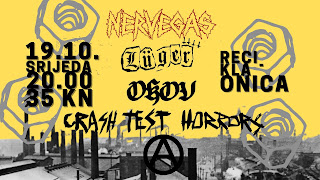 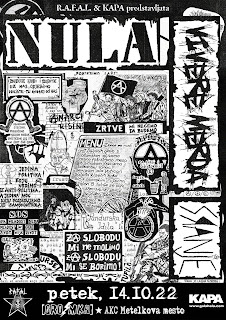 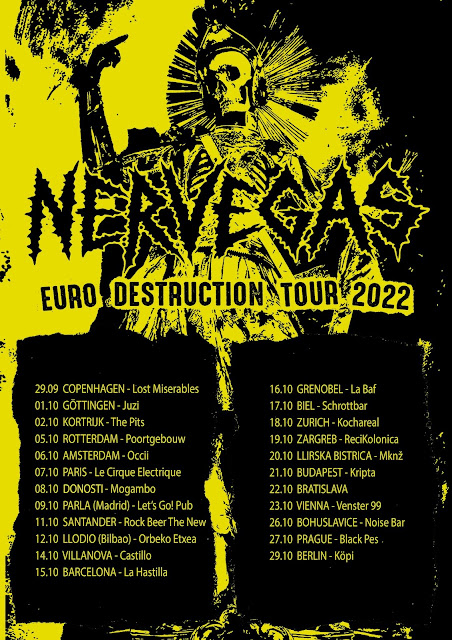 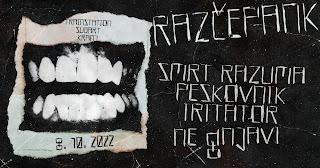