but, hey.. we have great alternative on 22.10., instead of Patareni in Ljubljana in Zagreb are coming a very interesting duo from Norwegian woods LA CASA FANTOM, cool crust band with bass and drums only.. it's hard to define their music (I would say melodic crust, but with bunch of influences and parts from other genres but also with deep roots in hardcore punk..) but one is sure, they delivers to us a bunch of, as they says: "the intensity, the aggression and the emotions"..they exist since 2000. and this is not their 1st time to visiting Croatia (if I'm not wrong..)..
at their gig in Zagreb at club Jedinstvo they will be supported by young band from Zagreb THE DAMAGE IS DONE..
also this won't be their only gig in Croatia.. day before on 21.10. they will be visiting Rijeka and playing in club Place together with Slovenians LEECHFEAST..
so see you in Zagreb, and maybe, who the hell knows that, in Rijeka, too..
be sure to check them if you would have an opportunity, they are considered to be a great live band.. 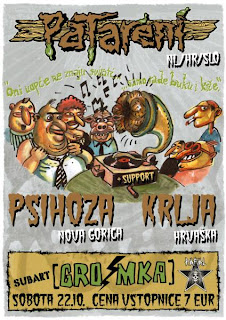 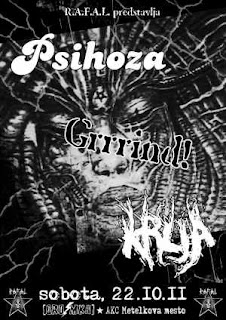