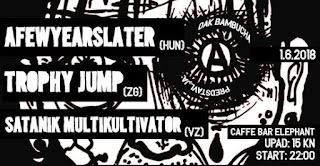 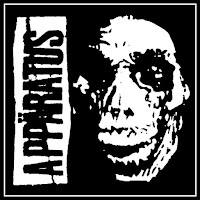 there are similar footage of almost all other bands playing those two days, like Visions of War, Voidfiller, Fear of Extinction and Ursut to name a few, on Fear Fest youtube channel, so go check it!..
Objavio/la ..crucified freedom.. u 22:29 No comments: 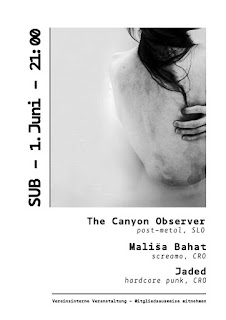 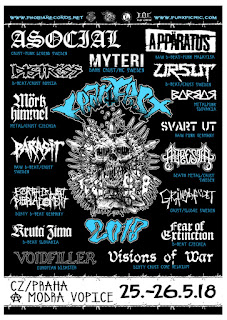 if you ask me and considering on the bands playing there this will be, most likely the best festival this year.. I'm not in some special mood to go on festivals in last few years but this one I wold like to visit for sure if I had an opportunity..
it helds this weekend and if you didn't know already, this is the same fest that was known as a Punx Picnic in previous years and is organised by crew behind Phobia Records.. 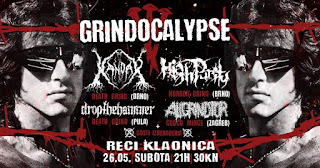 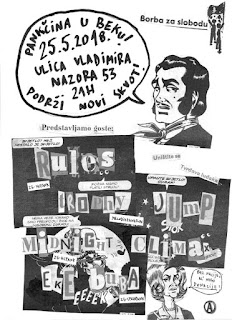 1st gig in newly opened diy autonomous space in Zagreb called BEK in Nazorova 53 street (ex educational centre/school).. even short lived there were already a bunch of activities and events happened in last few weeks but this will be the 1st punk concert..
entry, as well as some vegan meal will be on donations and all money goes for fixing the place to make it more functional for future such and similar events, so support the new squat!.. 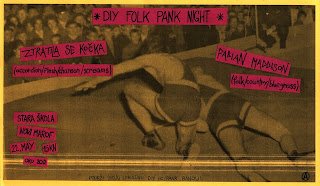 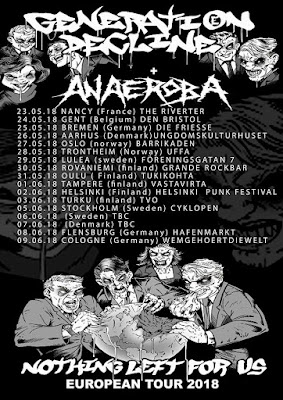 this is nice one.. did you knew that Anaeroba is still active??.. I found out about this somewhere at the end of last year when I heard that they had USA tour and was pretty damn surprised.. this monster of band stopped with work just in time when they need to become one of the best and most recognizable crust band in Europe, at least that's my opinion.. then Mitja, the vocalist moved to USA and logically story about Anaeroba finishes.. but then somewhere around May last year Mitja gathered new crew in US, mostly members of another one great crust punk band Generacion Decline + Dennis from Radio Bikini and they did short USA tour together with Generacion Decline..
judging on some videos available on youtube from that tour they play all old Anaeroba's stuff and sounds pretty much the same as before and that's great..
now, in the same composition they will conquer the northern part of Europe from 23th of May to 9th of June and they still need help with two dates (6th and 7th of June) so if you can help contact them on facebook..

update: well, it seems I was having the wrong information.. Mitja from Anaeroba never moved to USA and still lives in Slovenia, old Anaeroba departed for some other reasons and he just gathered those new people to make tours from time to time..
anyhow, thanks to Dunja (R.A.F.A.L.) for correcting me and for the info.. you rule!.. 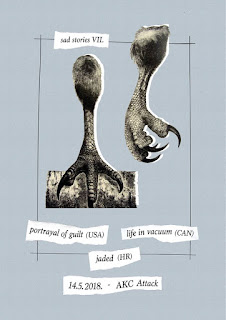 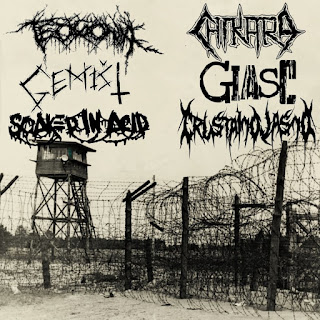 ahh, how I like those kind of stuff early in the morning!.. international chaotic crust punk dark hardcore metal grindcore 6 way split, each band with 2 or 3 songs, raw to the bone.. I just hope that this will be released on a tape or at least CD (mah, any physical format, actually) soon.. until then check it on BANDCAMP..

btw, did you heard about the band/project Chikara before!?.. raw hardcore punk crust with members from Bosnia and Sweden, I discovered them just recently and I just can highly recommend it to you also, because they are constantly doing some insane split releases (already have more than 50) with the same insane bands from all over the globe.. for example like my favorite: split with Matrak Attakk, then with Disbrigade, with Besthoven, 6-way split with MobAttack, Buköwski, Kontatto, Murhasyyte and Los Disscípuloss, and many many more..

okay, I'm a little late with this one, APPÄRATUS raw punk crusties from Malaysia are already on euro tour but you can still catch them somewhere because this monster one month tour will last 'till the end of May.. 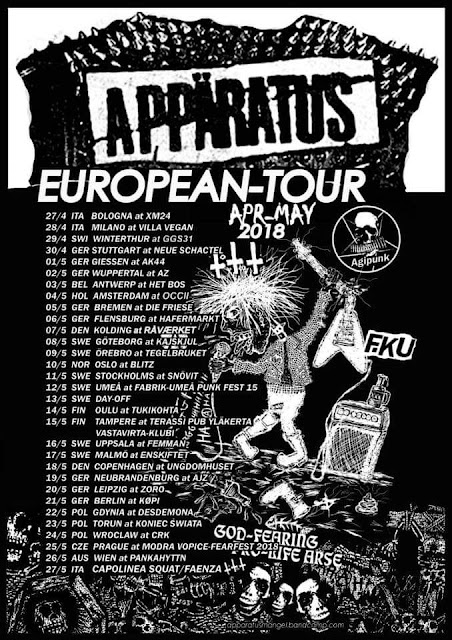 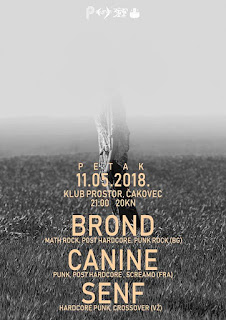 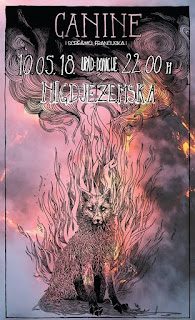 SUb remains – save the nicest hut in Graz!

"In the damned 17th year SUb in Graz has come to a crossroad. Our venue in Kaiser-Franz-Josef-Kai is aging. At the same time the requirements for operation has become stricter over the years. After a number of controls by several city agencies we have reached a point at which a bigger reconstruction of the building has become inevitable in order to function in the future. Our financial and personnel resources are not enough to master the challenges posed by the proposed reconstruction. This is where you come into the picture!

First a couple words about us: SUb is a self-governed club project on Kaiser-Franz-Josef-Kai street in Graz. All decisions regarding the collective are made in the weekly plenum. The low-threshold, diverse program ranges from concerts, parties, readings, workshops to discussion events. About thousand artists of all genres and corners of this world have appeared on the stage of the colorful house at the Mur river in the course of the last two decades. This was only possible because many beautiful people invested and invest their precious free-time, without any financial remuneration. In general, everyone is welcome to participate in our club but we don’t accept discriminating behavior or ideologies.

SUb is exclusively financed through donations and minimal membership fee. We don’t receive any funding from the state budget, nor do we accept money from private companies or patronizing third-party individuals. This is also the reason why our collective cannot finance the proposed renovations on its own.

SUb should remain a low-threshold space for local and international artists and should offer everyone a rich cultural program. In the light of the ever more diminishing social climate that is leaning towards authoritarianism, without sustainable vision or empathy, SUb remains an important place of counter culture. The cooperation and exchange of ideas in this collective clearly shows that a different – not neoliberal – society is possible. SUb represents an antithesis in the mainstream society; with its dog eat dog mentality. Solidarity instead of concurrency!

SUb is always exactly, what the people who participate make of it. Therefore, whether SUb will survive the summer depends also on you!

These are the ways you can support us:

- Financially: You can support us by sending us some of your hard earned savings via our crowdfunding campaign or via bank transaction (Kulturverein Comunikai, IBAN: AT54 3800 0000 0504 2114, BIC: RZSTAT2G). Merci, a place on the DIY-Olympus is reserved for you!

- In case you organize gigs/parties in other cities: we are very happy about Solidarity events, bars, shots etc.

- Donations in kind: You recently finished renovating your house or apartment and you have leftover doors, tiles, toilets? Let us know, because we can surely use it.

- Participation in the collective: You live in Graz and want to become a part? Don’t be shy! SUb is an open collective, in which your ideas are more than welcome!

okay this will be short one.. at the beginning there wasn't a plan to write about it at all, but somehow I feel the need to write few words down..
french screamo band in Novi Marof?! - until few weeks ago this sounded somehow unlikely and strange, if we don't talk about Mališa Bahat, hehe, but obviously it happened (now I just wait for d-beat raw punk band from Japan and I can die peacefully).. and how it happened? - well, story goes something like this: Canine where looking for gig in Croatia, as a part of their south-east euro tour (which, btw still lasts.. 'till the 12th of May) and they get advice from the guy that have solo acoustic project Giz Medium to visit Novi Marof on their road, 'cause he was there already twice in last few years and was having good time and playing some interesting gigs.. I guess he's  fcked up when the guys from Canine return from tour 'cause I can bet that this will be the least attended gig on the whole tour.. if we don't count bands, organizer and the guy who worked at the bar, there was like 5 people which is a shame because it could be great and fun gig, but somehow in this half dead and sad atmosphere it was just good..
I was expecting that more people will come as beginning was approaching like it's somehow usual lately but it ain't happen this time so Canine started to play somewhere after 22:00 in front of 13 - 14 people max.. they are post hardcore/screamo band from Marseille area with some unusual schemes in their music like in one song when everyone from the band shout as back vocals but without the microphone (sounds funny but cool at the same time), then some kind of electric drum they used for the intro in the last song, etc... in short - partly slow, emotional and melancholic post hardcore with some fast and wild, a bit chaotic screamo/hc punk parts here and there which I liked more..
from the titles of the songs and few words as short explanation of lyrics by the vocalist between them it's obviously that they are socially engaged and talk about unity, friendship, respect and tolerance - you can say somehow usual themes for hc band.. some 20 mins set by them, played very engaged and energetic, they sure aren't one of those boring, static bands who plays standing still in deep concentration trying not to miss the single one note and that's what I like the most 'cause their music isn't really in my style, but at the end it was interesting to watch such band live for a little change..
they are strictly into diy philosophy and they prove that with their distro where all the stuff, it means everything from LPs, shirts to stickers and all other was on donations.. carried by all that and the fact that there wasn't any chance to get some decent money from the tickets, I couldn't resist to buy their 12" vinyl even knowing that I won't probably spin it more than once or twice just to hear how it sounds (and it sounds great, btw, somehow masive and greasy sound) but it seemed like a good idea to support them, even on that small, symbolic way.. I mean, in the end this is actually everything, that's all about what it is and that's the way it should be..
after them Rules from Zageb/Karlovac, relatively newer hc punk band with members from The Truth and Left to Starve.. mostly fast as hell hc punk strongly influenced by 80's/90's american hardcore bands and in few parts when they aren't going 180 km/h they leans toward some filthy garage rock'n'roll, at least I experience them this way.. from the bands I was watching lately maybe some parallels with Eke Buba can be drawn, at least in speed, vocal style, attitude and atmosphere.. everyone in the band are 100 % into it but the drummer and vocalist was somehow the most interesting figures that night with their energetic performance.. maybe something longer set by them then the Canine but not longer then some 25 mins and gig was already over..
those 5 people who came, disappeared shortly after the gig so I also greeted crew from organization and bands and was heading toward home with some serious ringing in my ears which lasted for a day because of great and this time very loud sound system..
one more short and fast gig in Novi Marof with criminally low attendance, you can never know what to expect from this bloody Marof, two weeks ago on also one band from France and few local ones there were  about 100 people and now you could count them on the fingers of one hand.. well it was obviously more interesting to go on "true" punk bands like Punkreas in Varaždin or maybe on Exploited in Maribor which were playing the same night.. if so, it's even better that those people who don't understand what the real diy hc punk is all about wasn't there..
to those few losers who still understands - until the next time, stay well and cheers!..
Objavio/la ..crucified freedom.. u 21:02 No comments: