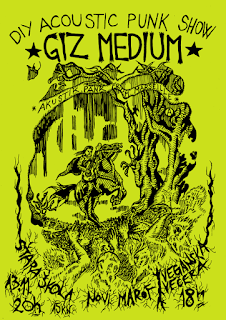 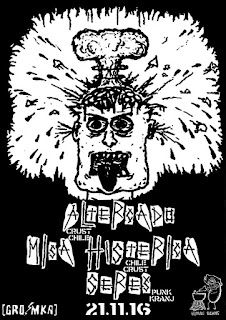 what an opening, I get goosebumps every time I play this video.. simply great.. enjoy.. thanx to rafal crew.. 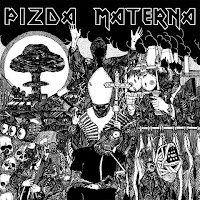 after some line up change (new drummer) Disbaja are recording a new material.. can't wait to hear the whole thing.. for now here is one new song, enjoy.. 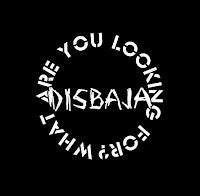 hmm, today is exactly two months since last post here, that wasn't supposed to happen.. some, I can say life changing things have occurred over those past months to me, my closest friends and some people I know.. some really nice moments and a lot of joy but also some not so nice with a lot of worry, stress, etc., but everything is calming down right now and I think I will finally be able to catch some time for this monster..

in meantime there also was some events for which I'm very sorry that I missed them and that are in 1st place Pizda Materna gig in Ljubljana and then there was one gig in Novi Marof regarding 20th anniversary of Rock in Marof, not maybe something interesting bands but it's the event I attend to a lot in the past years and there wasn't never really about the bands but about the people and atmosphere.. interesting those two were held on the same day and I was on third place.. also there was few more interesting gigs but because above mentioned things, work obligations, etc I missed them all..

okay, soon you can expect here some news, one or two zine reviews and one special record review, maybe already little outdated material but who cares, really!?..