yes, you were able too see/hear those Belgian drunks on this our area lately a lot, at 1st Balkanikacore fest, then on Monteparadiso fest a year ago and this year on their gigs in Ljubljana, Rijeka and Zagreb..
now you can read interview with them on Agitate blog HERE.. interview was done in 2009 and originally published in Agitate 'zine #11.. enjoy!..
Objavio/la ..crucified freedom.. u 22:29 No comments: 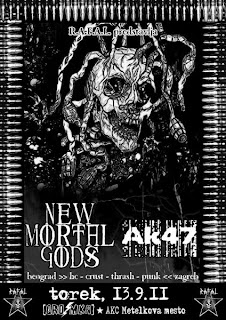 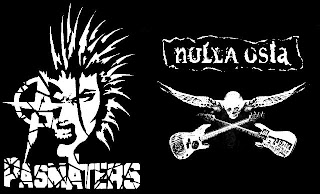 those two legendary bands will conquer Europe next month on their common tour.. both bands come from Pula, Croatia.. Pasmaters are active since 1984, after some line up changes and some hiatus they are alive still today, playing 80's styled hardcore..
Nulla Osta are active for 10 years now and they constantly destroys our hearing with two distorted basses and without guitar and make some fast and raw hc punk influenced with crust..dates and places are belov, so dont miss them when they come near to you.. also on some dates they still need help so if you can organize gig for them, contact them.. 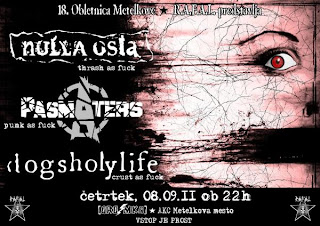 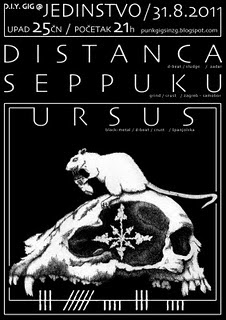 so we get 1st review of our zine Mentalna Smrt.. you can read it on Helly Cherry webzine here:
http://hellycherrywebzine.blogspot.com/2011/08/mentalna-smrt-1.html it's on Serbian language so for all of you ex-yu bastards..
Objavio/la ..crucified freedom.. u 20:43 3 comments: 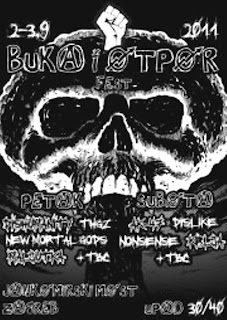 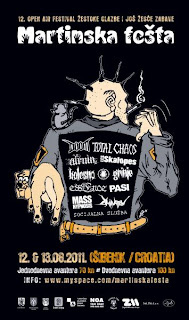 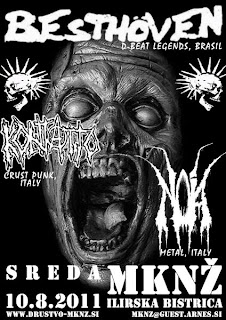 What we aim to do?
The Whit Marley Building has been left empty for a number of years.  Much has been striped out an the building is slowly detoriating. Buildings like this are part of Birmingham’s heritage, we want to take care of it while it is unused and put it to use as a comunity centre.
We are currently doing up the building and creating meeting spaces which we want to let groups use for free. Some of us are university students, some of us are teachers and we aim to provide free A level and GCSE tution in most subjects once the building has been done up.  We are aimming to run a “Free Shop” in which people will be able to drop off unused items for others to take for free.

Why are we doing this?
We want to make a point about waste, Birmingham has the most abandoned buildings in the country and sadly the highest rates of homelessness. We live in a society that is intesensly wasteful we are doing this because we want something that is visibly the opposite.
We all have strong politicial convictions; we live in times and a country where the whims of media barons are given more attention by governments than ordinary people. Viable and profitable pensions are being raided to give money to the rich, education is again being made a preserve of the few… we want change and if you think like us come join us.
The tea shop is now open at the social centre everyday 10am-5pm. Comfy sofas, lots of reading materials are provided along with as much tea as you drink.

It is a anti-capitalist cafe, so pay/donate whatever you can afford or think is fair.
Come by and spend sometime chilling soon.

For those of you who want updates about our comings, goings and what you can do to support us and the project there are a number of ways to keep in touch.
1. Our Facebook page, like us to see updates
2. Sign up to our text update service by texting “social centre” and your name to 07988056867 .
3. Sign up to our mailing list e-mail Brumsocialcentre@gmail.com your name and “mailing list”.

"Dear band, manager, Santa Claus,
if you`re sure you can offer us something you want others to hear, let us know. If you want that, of course. We will be very happy if we could accept your offer and arrange for a concert between the Alps and the Mediteranean. Send us a CD, a tape, LP - anything, to hear your recordings and a piece of paper with the basic information about you. Anything.

Birth
The child came to this world at the end of the sixties(1966). It developed into a big, strong boy that`s being fed by a great team of young boys and girls. They especially take care that he`s not thirsty... The dream of every inhabitant of this planet is to meet him. To get to know him. You should try too! You won`t be sorry. 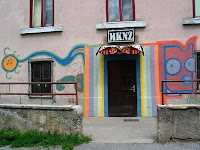 The anthem
MKNZ is a club, similar to the centres for young on the east and squats on the west. We don`t live for profit, we live for DIY. We are very happy when a good band comes, plays a great show, is pleased with the food, drink, sleeping, the visitors have fun - in a word, everybody is happy. The club can accept up to 200 visitors. We arrange everything with the band before the concert date, so there wouldn`t be any misunderstanding." 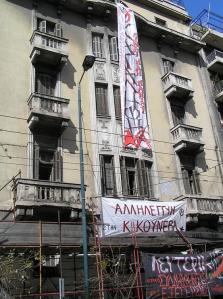 "Keeping on…
Met on the streets and squats during the riot days of December, we find our starting points in historical, social, class, even temperamental causes and of course in the murder of Alexis from the cap Korkoneas.  A peak incident, a spark in the powder keg where social peace and consent reside, an acceleration factor of an unprecedented social explosion. An explosion which smashed in multiple levels the suffocating regularity of our life. The feast of December blew up the barren individuality, the insulated private. A collective, wild “WE” rushed in the streets to attack Democracy and its guardians, together with the imagination context it accompanies. Neither demanding nor requesting but self organizing its reality inside the occupied buildings. Placed a sharp criticism upon the soliloquy of commodity destroying and profanating its temples, redelivering the social wealth and paralyzing consummation in the city’s centre. Denied the ambitions of the conceited leftist mediators, leaving them murmuring sociological bullshit in the TV frames. Cancelled the spasmodic cries of the journalists making crystal clear that who he/she wants to understand what’s going on, has no other choice than getting out of home. Temporarily it demolished the spectacular and gender roles, since thousands of people managed to function as one body, through incidents where the importance was on the incident itself and not on the individual who provoked it.
From the other side, the state , the bosses and all this rabble whose interests are in line with stagnancy, did not remain spectators, from the moment they began to reorganize themselves. Reclaimed the return to normality, activating all they had in hand. From M.A.T. and para-govermentals to sociologists and sensitive artists. From the regimental advocates about extremists, gangs, under miners, Greek-enemies, until the peaceful citizen’s arrogation for their right to celebrate Christmas. From the hypocritical self criticism of the elders in front their children until the arrest of 265 rioters and the detention of 65.  Indeed, whatever they had in hand, in order to turn December into a “sullen parenthesis” in the end of which the extremists are punished and the drifted belectured.
Keeping on,
the insurrection of December is still inspiring the social reality in a decisive way. The situation conserves its polarizing and intensive character producing incidents from both the sides. Only in the framework of the contents that December offered can some facts be clearly understood. These include the attack with acid on the face of the syndicalist K.Kouneva, the mass killing attempt at the immigrants’ place, the reorganization of the military and juridical arsenal of the state, and the reactivation of the mere conservative social reflexives that is on process the last days.
At the same time, extended social bodies constantly produce ideas, activities and strategies with December, the obvious starting point. From metro stations, to bureaucratic, syndicalistic centres, from labour areas to hospitals’ offices, from parks and neighbourhoods to temples of the spectacle, the self organization undertakings are spreading, getting socialized and enriched, to become the means, the tools and the methods for reformulation of the every day routine, for attacking capitalistic relations and the democracy regime. They appear to be some of the essential constituents of a total radicalization process, which seem to have duration and depth.
Keeping on,
to the point we are products and productive components of the new social condition, we decided to squat the abandoned building in Patission 61 and Skaramagka, in order to realize on this place many of our desires and dreams, in order to turn it to a rushing point for the life we want. To turn it to an open, social place where collectively, fellowly, and in a self organization culture we’ll become a part of a wider conspiracy for the destruction of this world. Against every kind of hierarchy and authority. Against every political and commercial mediation. Against every spectacular role and gender separation. On this attempt, we’re looking for collaborators…"
Skaramanga squat in Athens evicted and shortly after reoccupied again!
29. 07. in the morning Skaramanga squat was evicted by the police forces, but soon as the police have left the anarchist have reoccupied squat again..
for more info and for news check occupied london or act for freedom now!
Objavio/la ..crucified freedom.. u 20:35 No comments: 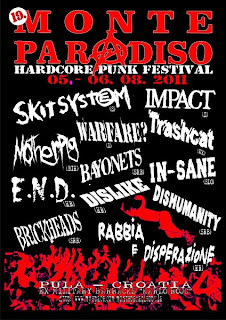