hell yeah, fckn HIBERNATION!.. and Visions of War and Loš Primjer!.. can you beat that?!.. no you can't.. 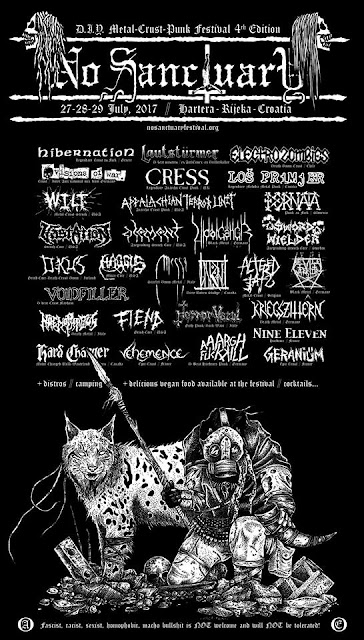 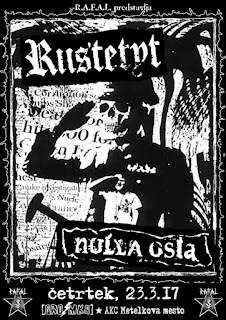 part of the 1st Nuclear Altar gig with new line up, last weekend in Požega.. they sound great if you ask me, I'm sorry 'cause I miss this show, but hope there will be some other chance to see them live in  the nearest future.. 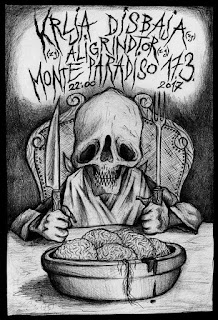 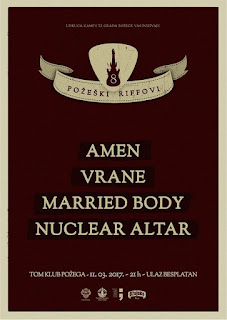 blast from the past... Outré 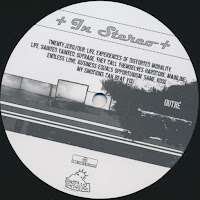 the other day I completely accidentally ran into this on archive.org while browsing the net.. Outré were band with members from Čakovec and surrounding cities, I think somehow less known than some other bands from Čakovec in that time when scene there was one of the strongest in Croatia despite the fact that this band's members where playing in all those more known.. me too wasn't listened to them something special, don't know if they have anything recorded except this split LP with The Farewell Reason (also band from Čk) and to be honest today I rarely listen this type of music, but there is one thing that put smile all over my face when i found and played this - it is a fact that their gig at Rogoz in Varaždin back then in 2002 was one of the earliest gigs I ever was and there were some other bands playing that night but I remember that I was the most impressed by those guys and their performance stayed in my memory till today and maybe even still is the most intense experience when it's about live shows.. the fact that all those vocals are coming from one person + endless jumping and rolling all over the floor were the things that contributed to that 1st impression for sure.. they were playing sort of emotional hardcore which was quite popular back then but listening this today I get the feeling that they were a little bit ahead of their time.. video from above is from their reunion gig in 2009.. 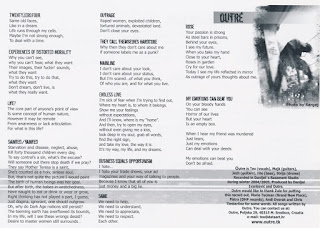 then I remembered that I wrote some review from that gig for 4th number of No Progress 'zine which wasn't never printed and after a lot of digging I found in one old box the original page with this report from the master for that number.. it seems that only this, last page and back page of the 'zine left.. report is on Croatian and it isn't something special but for all of you who will not understand it, in short: the gig was held in Varaždin and it was set as a promotion of releasing a CD by hc punk band Apfuken which were headliners this time and besides them there were also playing above mentioned Outré (Čk) then ny hardcore styled band Youth Against (Čk) and crust/metal/grind act  Cubre from Italy (one of the strangest bands I ever saw).. unless some macho violent pricks during Apfuken, nothing really special happened except that after the gig we walked home, it means some 14 km by foot.. nice.. 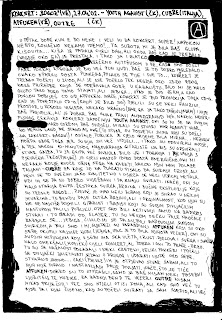 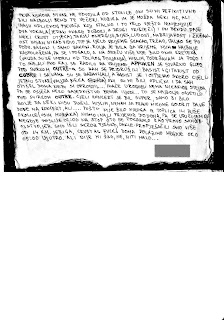 Hardcore band from Croatia, disbanded in 2006., played one reunion show in 2009.
"Outré (Hemusevec, Cakovec, Varazdin, Mursko Sredisce) – we’re together almost 3 years now, and we all came from different bands (Britney’s Pierce, Bez panike, Panty Waists, Youth Against, The Farewell Reason, Apfuken, Overflow). We’ve played about 40 shows and one short tour with dutch band Cathode. People like to tell that we’re «great furious emotional hardcore» - we can tell that speed and shortness are our good actions, and we’re not ashamed of that… We are recording some stuff now for various compilations, split 12” and CD with our friends The Farewell Reason, and hope we’ll finally play whole European tour. Some of us like to drink, some like to have sex, some like to discuss – we could say we’re versatile band, opened for various collaborations… So, we’re fighting on, talk to us, and do whatever you want with us… "
Objavio/la ..crucified freedom.. u 15:12 2 comments: