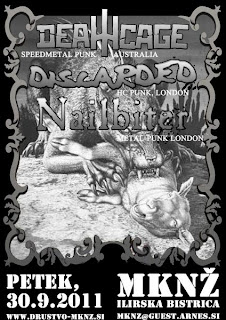 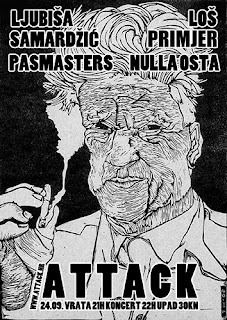 what a great gig.. all 4 bands are legendary, hope to see many people there and have some brutal fun!.. see you there!!..

"Serbia in the 1990s had an underground scene with different characters mingling, roaming around, walking and talking. They were comic book authors, serious hard core punk fans, relatively young writers, freedom fighters, as well as intellectuals, loud NGO or Christian activists, hobos and underground posers, and probably a couple of fakers and ego-maniacs, to be honest.
Everyone wrote something, cut 'n' pasted 'n' copied, reviewed concerts of their own friends, draw comics, made collages and then xeroxed all that and forwarded by mail to as many people possible.
In short, it was social networking.
But in those days, before Internet, the name was: fanzine-making." 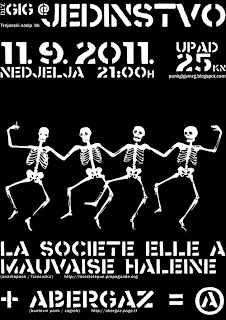 go read interview with authors of Mentalna Smrt 'zine (me and my friend).. now we are famous, yeah ;)..
thanks goes to Helly Cherry crew for asking us this.. you can read it THERE..
Objavio/la ..crucified freedom.. u 21:31 No comments: