yesterday I witnessed probably the best gig for a while in Novi Marof, Matrak Attakk and Ascidie make stop here as a part of their European journey and made some awesome fun and great gig.. they had two or even 3 distros with them and all are for some benefit causes and all prices were completely donations based and that's awesome and brings some real anarchist and diy feel to the whole story so I couldn't resist to threat myself with some nice stuff (Diaspora Lp isn't actually mine but I offer to the owner some serious money for it, hehe..) 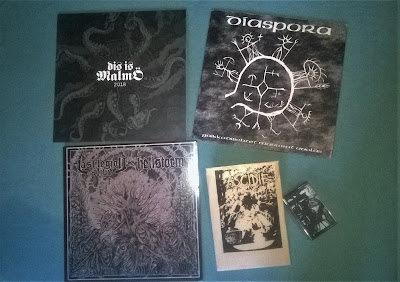 - Diaspora ‎- Gaikkodibehtet Muvrrat Vuolás LP (awesome old Finnish hc punk band, released back in 1999, really wakes up some great memories and definitely one of the best and most interesting pieces of vinyl that ever spin on my turntable..)

- Dis is... Malmo 2018 comp LP (great, still fresh release by Not Enough label, mentioned already many times here on the blog, the name says it all, compilation of d-beat bands from town of Malmo, Sweden.. since it's been released this was on the top of my wish list and now, totally sudden I got it in Novi Marof..)

Matrak Attakk / Ascidie - split tape (tape came in some cool package, like postal envelope with print and covers from both side, along with 'zine formed booklet with lyrics and nice cassette with cover (hand!?) printed cover on some sort of cardbord, not the usual thin ordinary paper..) 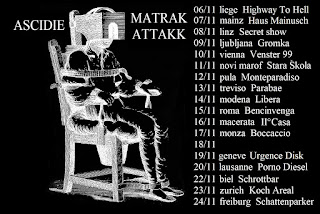 considering that yesterday was just 6th day of the tour you still can catch those awesome bands somewhere on the road, today they are in Pula and later heading to Italy (check the poster above for more details..) and I can only highly recommend it to do so, you won't regret cause it's about, not just awesome bands, but also cool, friendly and fun people to hang out to and maybe most important the people who do realize what the real diy ethics is all about and demonstrate that in perfect way..
btw, you can expect some gig report from Marof here on the blog very soon..
Objavio/la ..crucified freedom.. u 20:16 No comments: 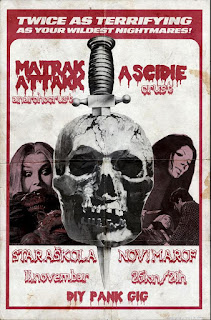 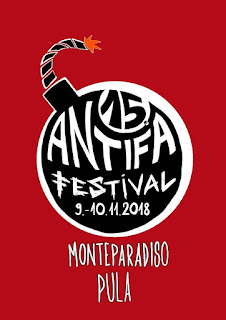 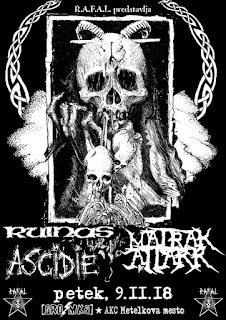 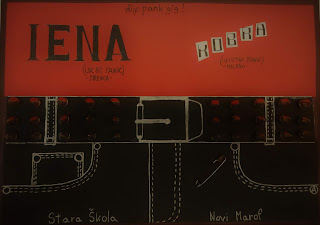 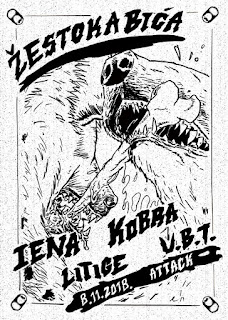 GUTTERSKULL - Portals Amidst The Carnage is now available on CD!!! 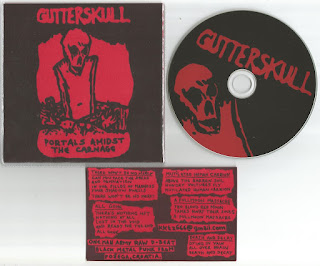 GutterSkull's new material, previously released as a tape now is available as diy CDr version released also by Olden Sonorities and again looks really nice as all other O.S. releases as well.. only 20 copies with two different colours, red and yellow.. if you like this format and you have cd player be sure to support it, more info about the release and where you can buy it, check here:  http://oldensonorities.blogspot.com/2018/10/gutterskull-portals-amidst-carnage-diy.html
Objavio/la ..crucified freedom.. u 18:19 No comments: 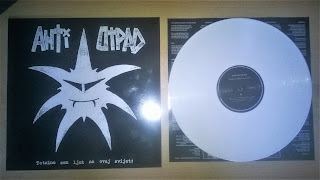 so the crew from Pula involved in Monteparadiso collective decide that it's time to start publishing vinyls again as they once have active label which released many bands from Pula and abroad as well, on various formats in the past (for example, their 1st release was bootleg live tape by american legendary hc punk band MDC with recordings from their show in Ajdovčina, Slovenia from far away 1992.. I actually own a copy of that tape, by the way, just to brag myself a little, hehe..)
this time they are starting from beginning, named their label Monteparadiso Reloaded and they just perfectly choose material for the 1st release.. after 20 years as it's originally published as a tape (I do own this one too, luckily..), one of the most legendary albums from Croatian diy hc punk scene Anti Otpad's Totalno Sam Ljut Na Ovaj Svijet!.. this time released on beautiful white vinyl with original artwork and inlay with lyrics, their translation on English and info about the band and release.. really nicely done and it's a real pleasure to listen this from vinyl, it evokes some nice memories and I still remember all the lyrics even if I didn't listened this for a while..
I've got mine from Sumoggu records and distro, don't know if he still has any, but you can try at your local punk distro or directly from guys from Pula in Rojc social centre.. but hurry up 'cause it's hot!..

"Finally, it's out! In 1998 Reactive Form Tapes published Anti Otpad's album "Totalno sam ljut na ovaj svijet" ("I'm Totally Pissed About This World"), and now on the 20th anniversary here's the remastered album on white vinyl. Anti Otpad's album is also the right occasion for Monteparadiso to restart publishing vinyls. The new label is "Monteparadiso Reloaded" and the numeration starts from scratch, so Anti Otpad is MPR001.
The album was remastered by Jule & Hoc, the original members of the band, now in Bolesno Grinje, but they didn't exaggerate with basses or with anything that newer technologies offer. It's just right. The album cover is an adaptation of the original tape cover, done by Darko Hočevar - Hoc.
There are 19 songs (more than 40 minutes of music), all the lyrics with English translation and extreme joy in our hearts :)
Watch out for the vinyl, soon on a distro near you!" 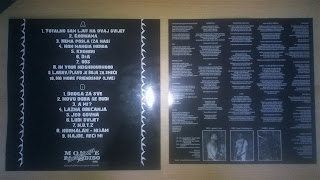 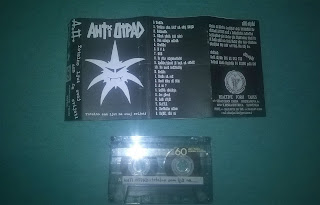 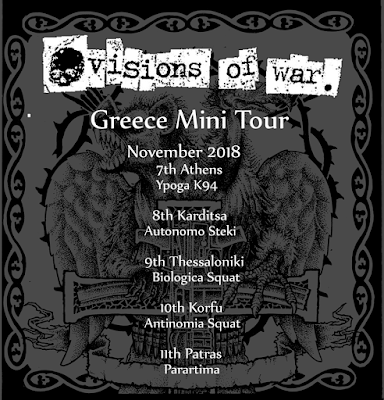 "We are very sad to announce Corfu will not happen doe personal problems of one of the bandmembers instead we´ll play Patras on the 10th of november , hope the dear ppl in Corfu understand .

Then a (long) break to work on a new full album
Cheers and hope to see/meet some people on the road."