yes, after their rehearsal demo Disbaja now have first studio recordings.. definitely the band worth to checking out and listening to.. you'll also be able to see them live soon in Zagreb with Doom and Fight Back in January, as well in Ljubljana with Visions of War in March..

Sacrilege - Behind the Realms of Madness


Misery - From Where the Sun Never Shines

two cover songs by Hellback played at their October gig in Našice.. one is from probably the most legendary hc crust punk band ever and the other is from one Serbian metal band for which I must admit didn't hear never before and song is more in Loš Primjer's style (another band from Požega) if you know what I mean, but it's badass and i like it.. check it for yourself..

recently I realized how much covers actually Hellback does when they play live so I try to find them all at youtube and I think that this are pretty much all of them.. after those two above which are something newer in their setlist by Nausea and Kraljevski Apartman there are also some which we are already used to hear by them, so let's go..

first is legendary "hymn" Pank Pankerima, originaly from one old Pž band Disčerge, probably the most covered song on domestic hc punk scene even though not really favorite to the band members and they always argue if they will play it or not, hehe, but the crowd always go mad on this song so they don't have really a choice.. this footage is from Tom klub and there is Kktz as a guest vocal..

then another already usual, by also old Pž band Apatridi called Before Everything.. this one even appears at last Hellback's release, as well as Punk Punkerima actually..

Broken Icon is cover by Fight Back, another well known Pž band, also was on their last release as well on the 1st demo..

on few of their last gigs they regularly were playing Violation by State of Fear and this one slowly becomes one of the best accepted covers on their gigs..

and for the end maybe the biggest surprise by them, cover from one old Serbian punk band for, if you was at least a little in ex-yu hc punk scene from 90's, you most likely heard of: K.B.O.! and song Lopovi..

okay, I think that's all I can remember right now, maybe there are few more, and who the hell knows what they will still cover in the future..
Objavio/la ..crucified freedom.. u 20:51 No comments:

A PERSONAL HISTORY OF THE SLOVENE ZINE SCENE by Tea Hvala 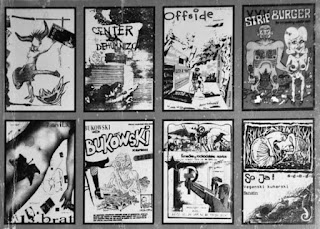 not so long ago I found this interesting text.. it's about, as its title says a personal view on the Slovenian 'zine scene from the author of few 'zines like Pssst..., Potopis Kože, etc.
I consider it quite interesting for reading so if you're at least little into the 'zines give it a try here: 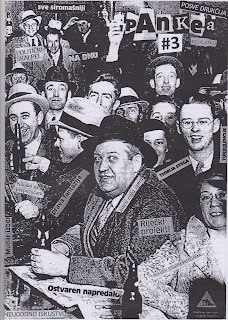 newest, but already old number of this 'zine from Rijeka, I mean old because it's published at the beginning of the year, March or something like that but to me it's actually still fresh and also I'm sure it's still available from the authors or some distro.. this time I will not make it any longer than it's necessary, everything I say for first two issues applies to this one also, it means again you can read a ton of material like columns (of course, the best part of the 'zine), interview with Hoc (guy who was or still is in bands like Desinence Mortification, Bolesno Grinje, Anti Otpad...), story by few people which left Croatia and start living abroad (that's pretty actual theme here), then Ljubiša Samardžić / Bastinados tour report, 'zine and records reviews, etc.. so as you see it's some standard content of Pankea which has already, with those 3 numbers achieved some recognizable style and I really do hope that we'll be able to read new number soon..
language is Croatian, all together 40 pages in cut'n'paste style.. and remarkable thing, considering it's size is that 'zine is free, of course donations are welcome.. 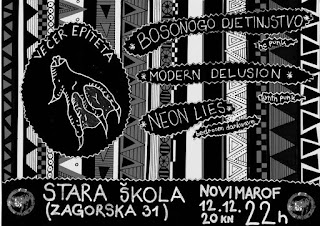 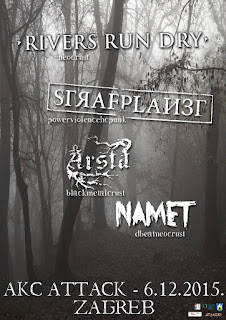